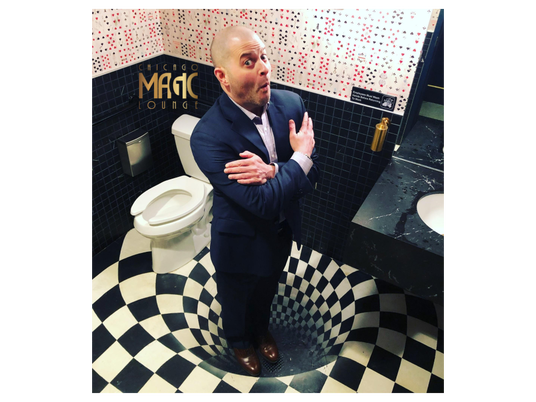 Chicago native Brian Kirshenbaum (who often goes by BK) has always loved making people laugh. And that's what it's all about, the laughs. At 8 yrs old - give or take a year - while growing up in West Rogers Park, he met a comedy magician on a family vacation to Wisconsin and said, "That's what I want to do!"

Since the early 90's he's performed comedy magic at restaurants, casinos, private parties and corporate events. Most recently a year long run at the famed Chicago Magic lounge. In 2014 he combined two of his favorite things, performing and making deep dish pizza to create Magic By The Slice. 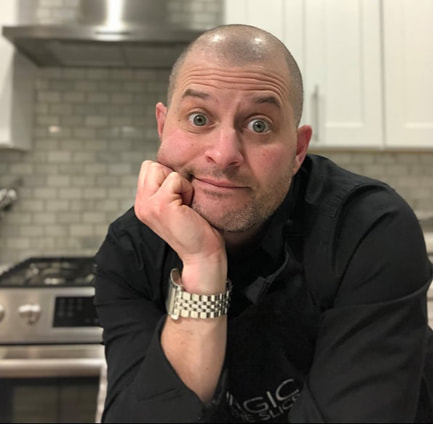 When performing magic went from a hobby to a business, Brian needed a new hobby. While he grew up eating Barnaby's tavern style pizza (still a favorite), it was in his young adult life he began his love affair with the Chicago tradition of deep dish pizza. As he used to go out with a fellow magician after gigs to Pizzeria Due (sister restaurant to the original Uno), Brian decided creating his own recipe would be his new hobby.

Back in 1995 he began working on his dough and sauce recipes. First came the dough. He began tweaking a recipe he found by making a few changes that made sense for flavor and texture. There were A LOT of samples.  "Let's just say I kept my neighbors well fed!" After a little chat with both the chef at Pizzeria Due as well as an accomplished chef friend of his, Brian dialed a crispy on the outside lighter on the inside crust.

​For the sauce, He began studying and consulting with a couple of renowned Neapolitan pizzaiolos and it became apparent that quality of tomato and simplicity was the key. After much taste testing, he decided that only authentic imported Italian tomatoes would do. Lastly came learning which meat and vegetable toppings pair well with which cheeses and experimenting to create some unique and fun flavor profiles.
​"​I've learned that making people laugh is my greatest gift and and my greatest skill is being able to apply my gift to all that I do."

What is he doing when he's not cooking for and entertaining his clients? You might find him doing a bit of running, exploring the casual culinary wonders of Chicago, making pizza of course and watching his favorite Chicago sports teams try not to suck!
Book BK >